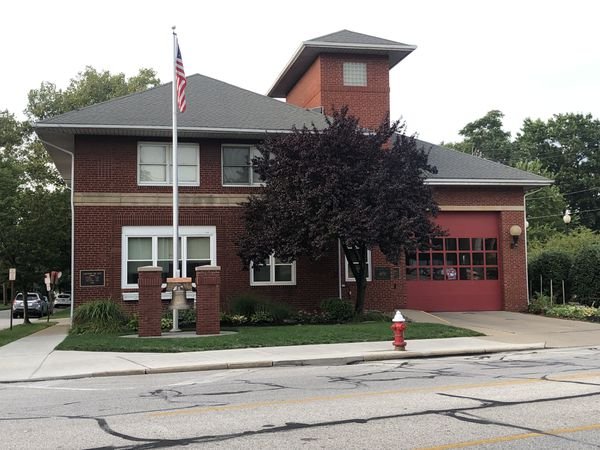 New York City isn’t the only community dealing with an increase of first responder suicides. Nationally, suicides for both police officers and firefighters have surpassed line-of-duty deaths for the respective positions.

In Lakewood, firefighters Ryan Fairbanks and Ryan Birth decided to tackle this epidemic by creating the Fire Peer Support initiative.

“Starting something like this in our field is very difficult because there’s this mentality you have to be a strong guy with a tough mentality to deal with the things we see and do,” said Birth, who has been with the department for nine years.

“Our goal is to build resilient firefighters and provide a support network for the first responder and everyone in their lives,” said Fairbanks in a press release. “The peer(s) help to identify what is going on so they can be the bridge to connect their fellow firefighter, paramedic or dispatcher to the appropriate resources.”

The Fire Peer Support Initiative asks first responders in need to anonymously leave a message with the support team at 833-LFD-PEER or email at Lfdpeer@gmail.com. At that point, they will be contacted by an individual from the support team, which currently consists of 15 active firefighters, a retired member and three dispatchers.

The Lakewood Fire Peer Support initiative, which is modeled after similar programs in Illinois, North Carolina and Florida, provides an upstream approach to a holistic lifestyle aimed at reducing occupational stress and the negative effects it has on firefighters, paramedics and dispatchers.

“Having seen firsthand what kind of stress these tragedies can cause our members, I felt this program was worth investing in to support our employees,” Gilman said. “Their hard work will help keep our members and members of other departments safe as they serve the public. I can’t thank them enough for all they are doing.”

While the Lakewood Fire Peer Support initiative was getting off the ground, Birth said the decision was made to invite other departments to get involved.

Trained peers provide confidential support and act as a bridge to services already provided by the city including employee assistance programs and outside resources accepted by insurance. The Peer Support Team has also developed a clinician network that can be utilized by both the first responders and their spouses.

“We’re not crisis counselors,” Birth said. “Our goal is recognizing early signs of things that might be going on within the firehouse with behavior and understanding the calls people have been on. Sometimes saving a life comes with a cost, and it’s not always the prettiest.

“Given that situation, the toughest part is realizing we all deal with this -- whether we want to admit it or not. We’re here to let you know that if something is going on, you have questions, concerns, you’re not feeling great, we’re here to be a good friend and listen or get you where you need to go.”